Welcome to 64 Park Manor Drive located in highly desirable Westlake Highlands of Daly City.  First time on the market since 1977, this property has maintained its charm and ready for a new owner to continue it's legacy for another 50+ years.  This home features a functional floor plan for the entry level buyer but also offers room to grow for multigenerational living.  Located in Westlake Highlands, this quiet and coastal area offers easy access to San Francisco, easy drive down the peninsula, and freeway access towards the Bay Bridge.  Close proximity is Westlake Shopping Center, 99 Ranch Market, Lake Merced, Fort Funston, and much more.  Great location.

Swipe to view. Touch to zoom. 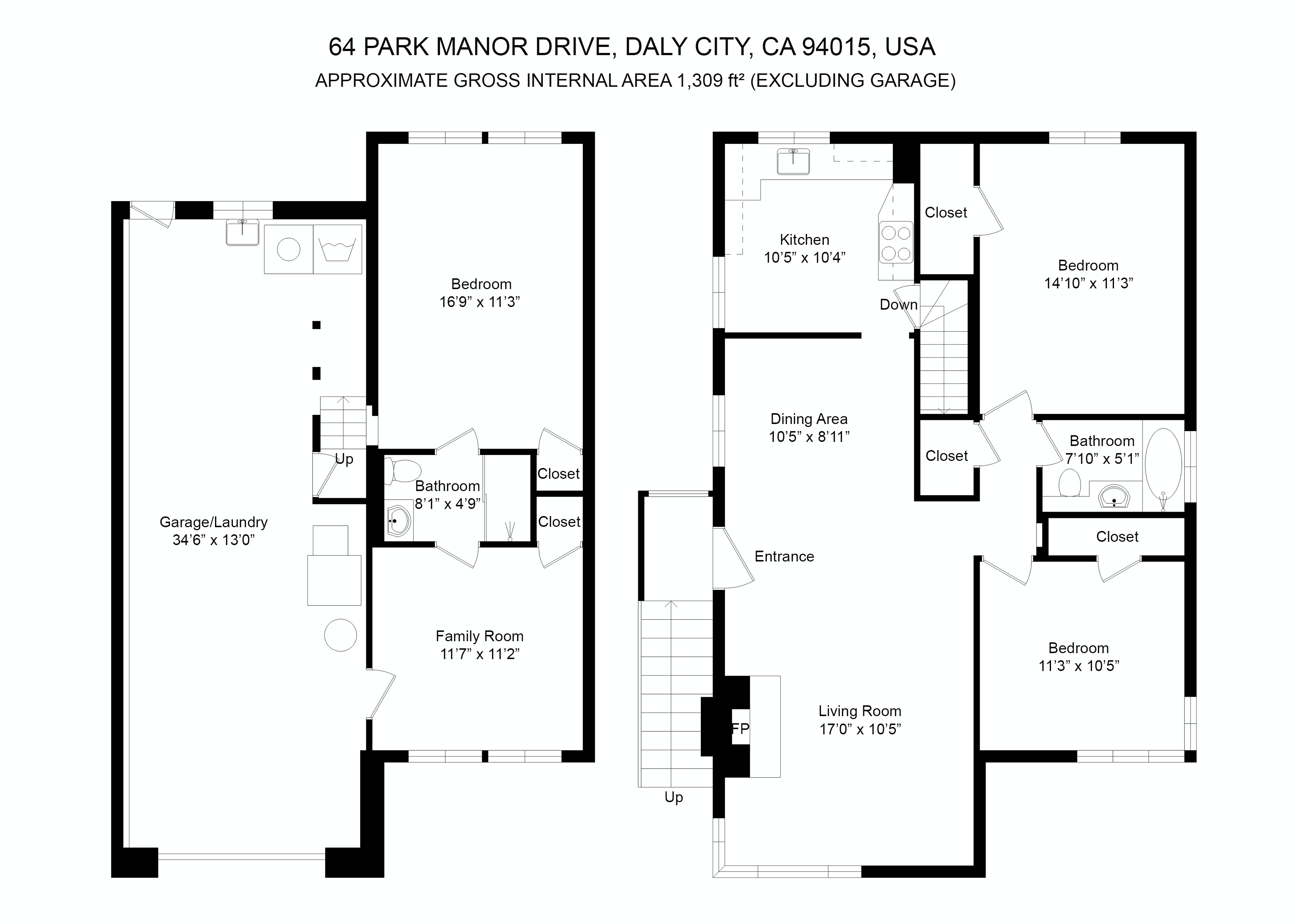 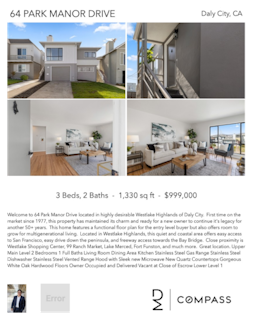 The Westlake District of Daly City, California, was originally created as one of the first post-World War II white-only[1] suburbs in the United States, though for several decades now is as ethnically diverse as the City of Daly City itself. Located just south of San Francisco, Westlake in its early years had frequently been compared to Levittown, New York,[2] [3] the first major large-scale postwar middle-class white-only housing development in the U.S.

After World War II moderate-cost housing began in Daly City as well as in most other Bay Area communities. A San Francisco builder, Henry Doelger, purchased some 600 acres of sand dunes and cabbage patches that occupied much of the land between the original Daly City's westerly edge to the ocean. He built a community called Westlake, which was annexed to Daly City in 1948. [4]

Developed by Henry Doelger, Westlake is notable for its monostylistic architecture, created by a core team of designers to encompass nearly every building in the development. For this reason, Westlake has become an icon for architectural blandness, exemplified by its endless rows of boxy houses, which were the inspiration for Malvina Reynolds’ folk song "Little Boxes," an anti-conformity anthem in the 1960s.

Despite its detractors, Westlake has enjoyed considerable publicity over the course of its 60-year history. In the 1950s, the neighborhood's architecturally innovative schools began appearing in national magazines, such as Life, Architectural Forum, and Fortune. In the 1970s, one national magazine named Westlake one of the ten best suburbs in America. In 2003, the New York Times ran an article about Henry Doelger and his impact on history, citing Westlake as one of his most iconic neighborhoods.[5]

To exit demo mode:
Upload at least 1 photo
Add price & features
Assign an agent
Tip: For a great looking website, enter as much info as you can about this property in your admin panel.